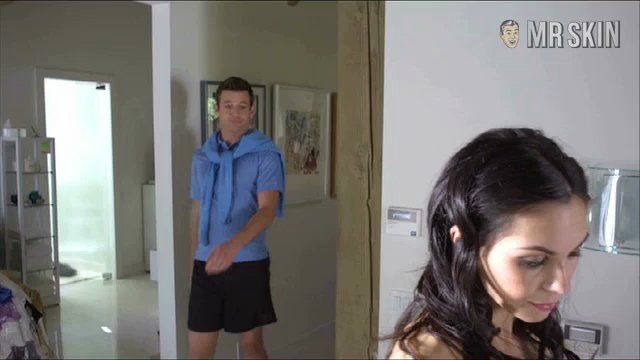 Eastern European knockout Katerina Mikailenko made guest appearances on CSI: Miami, Without a Trace, and Desire before her feature-film debut in the raunchy teen sex comedy Frat Party (2009). Unfortunately Katerina didn’t use her freedom from the censorship of television to bare her beautiful body, opting to keep her thong on and cover her tits with her arm in her scene with scantily clad Caroline D'Amore. Don’t be a party pooper, Katerina. Show us yours!