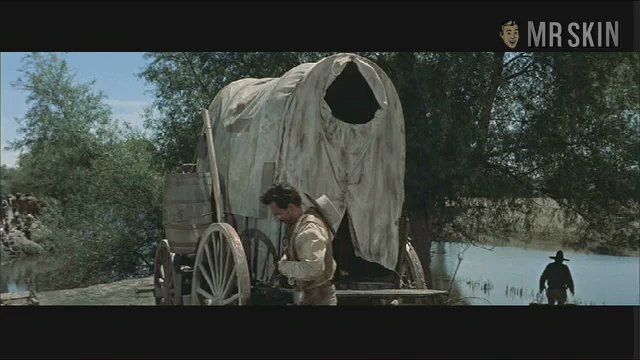 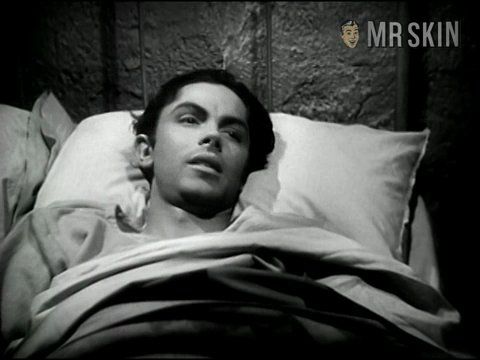 The Outlaw (1943) Sexy Jane Russell is skintastic in this sexy scene! 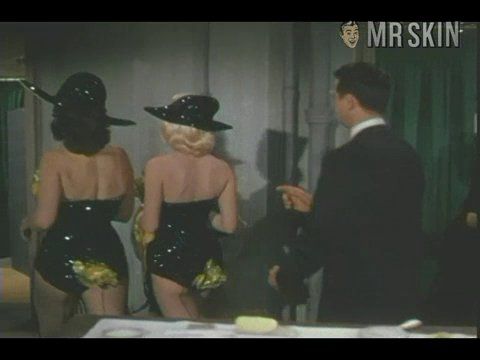 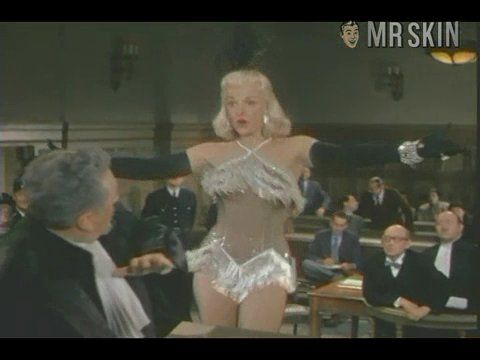 For as long as most moviegoers can remember, Jane Russell's name has been synonymous with the word "bombshell." It's no wonder, as the brunette-tressed beauty gained her fame in no small part due to the twin towers adorning her über-curvaceous frame. Funny thing, though--those fame-making funbags were deemed so scandalous for their time that the release of her debut role in Howard Hughes's burlesque western The Outlaw (1943) was delayed not once but twice. The film finally gained widespread release in 1946 and was an immediate smash, natch. Russell's talents went beyond the mere corporeal--she was a gifted comedienne to be sure--but her acting skills were mostly underutilized, barring standout roles in the saucy comedies Gentlemen Prefer Blondes (1953), alongside fellow sex goddess Marilyn Monroe, Gentlemen Marry Brunettes (1955), and her titular role in The Revolt of Mamie Stover (1956). Her career may have simmered down after the early '60s, but to this day, the image of Jane in a low-cut prairie-girl top makes men hanker for a tumble in the hayloft.

4 Pics & 1 Clip
Nude, breasts 01:22:12 It's a quick hint of left nip when the notoriously juggy Jane douses a guy with a bucket of water.