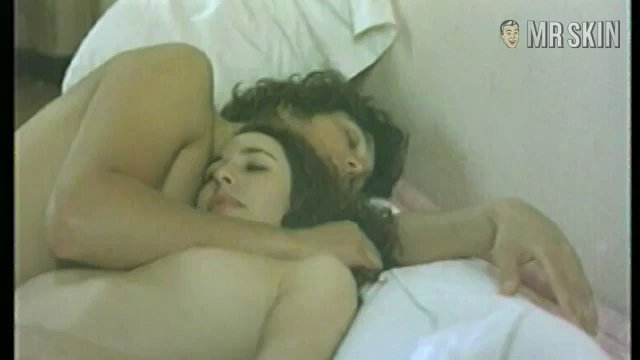 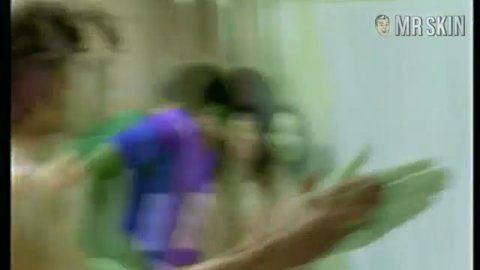 Isabelle Le Nouvel, whose name isn’t hard to spell, doesn’t smell and acts very well. She looks swell, as far as we can tell. However, she wasn’t in Nell…Aside from having a cleverly rhyming name (Which we think is quite catchy…) Isabelle has beauty and acting talent on credit, as is evidenced by her many roles in French cinema. You may recall her part as “Brunette Prostitute” in the international blockbuster hit Brotherhood of the Wolf or as (What else?) “Isabelle” in 2002’s Rue des plaisirs opposite the always hot Laetitia Casta but it was her debut performance in 2000’s La Parenthèse enchantée that caught our collective attention here at Skin Central. In the film, she joins the equally sexy (and unclothed) Delphine MacCarty as one of the two “Naked Girls” who more than live up to their credited descriptions. She does her breast to show off every inch of her incredibly savory body in her few moments on screen, including some nice, well-lit looks at her untrimmed Euro-fur burger, so be sure to check it out.