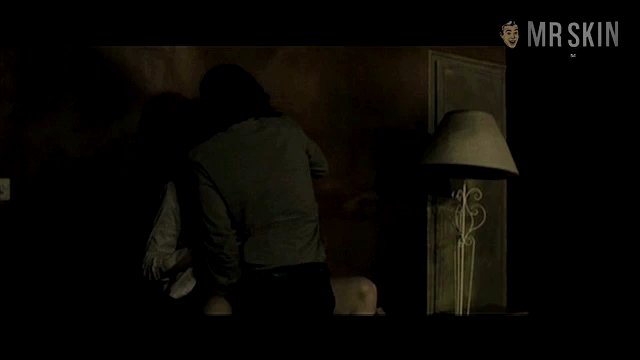 Human Zoo (2009)
Nude, real sex, breasts, bush, butt The always-flawless Rie gets stripped down to every last naked B having her muff munched and then screwed.

Strikingly beautiful model-turned-actress Rie Rasmussen, star of Angel-A (2005), becomes a triple threat with her feature directorial debut, the illegal immigration drama Human Zoo (2009).  Rie stars as Adra Shala, a Serbian immigrant scarred by traumatic memories. Back in Kosovo, a soldier named Srdjan saved her from a super-creep. After the war, the two escaped together to Belgrade and then to France, where they have settled in Marseilles. Adra is intrigued by Srdjan’s gangster lifestyle, and sparks soon ignite into a full-on bonfire of skincendiary onscreen action. In Human Zoo, Rie shows a special talent for directing visceral scenes of sex and violence, putting her on Mr. Skin’s list of skinema talents to watch.