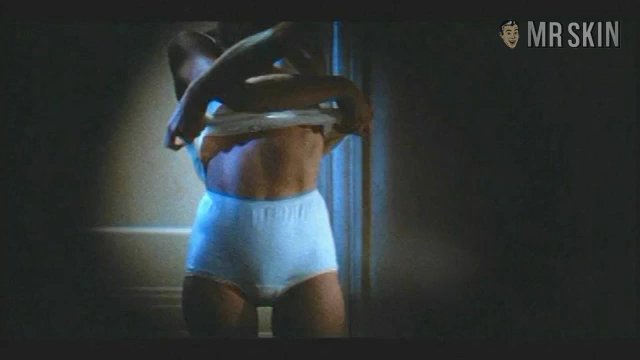 Few actresses start with the promise of Diana Scarwid, who was barely in the business for five years before getting an Oscar nomination as the girlfriend of wheelchair-bound John Savage in Inside Moves (1980)--although we still prefer Helen Hunt’s naked caretaking of Eric Stoltz in The Waterdance (1991). Anyway, Diana made the mistake of following her Oscar nomination with playing Joan Crawford’s abused daughter in the camp classic Mommie Dearest (1981). That one put an end to lots of people’s careers. Scarwid’s since settled for being a respected character actress, including a nice turn as Cher’s very serious lover in Silkwood (1983). She also brought class to films like Psycho III (1986), in which she played a former nun who also got formerly clothed. The scene actually had Brinke Stevens as Diana’s (very flattering) body double, but it’s a nice illusion.