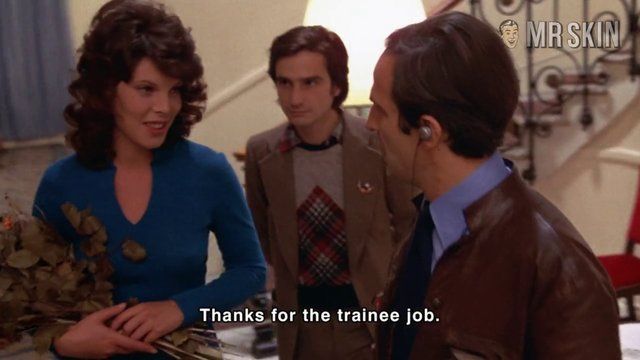 It's not often Mr. Skin praises men, but my hat's off to French director Roger Vadim, who married such sexy sirens as Brigitte Bardot and Jane Fonda, as well as having a love child with Catherine Deneuve. And my pants are off to him for helming Dani's debut in the sex comedy La Ronde (1964). The dark-haired Parisian is better known as a husky-voiced diva of the '60s and '70s music scene, but as an actress she is best seen in Love on the Run (1979). The drama, directed by François Truffaut, is her sole skin exposure onscreen. A slim and androgynous beauty, Dani was the toast of the swinging nightclubs and found herself the muse of such risqué photographers as Helmut Newton. By the late '70s Dani's decadent lifestyle and increasing dependence on drugs led to her being referred to as the Marianne Faithful of France, and she faded from the limelight. But a duet of "Comme un boomerang” with French pop star Etienne Daho in 2002 brought her back from obscurity. Now how about another skin scene, Dani?