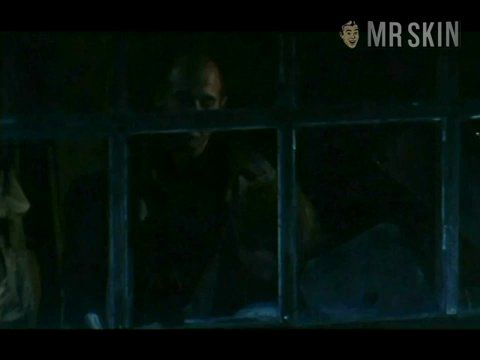 There are many different types of women, and Mr. Skin loves them all, from the rotund lovers to the waif models. French tickler Clothilde Baudon is definitely the latter. She has the breed's small breasts and like her fellow countrywomen likes to show them off. She's even shown off her muff, but that's nothing to a boner-fied French actress. Her first exposure was in the made-for-TV movie Fanny se fait un sang d'encre (1995), and, yes, she reveals her fanny, boobs, and bush. Not a bad way of making a skintastic introduction. She followed that up with another TV movie, Le Cri du corbeau (1997), an intriguing drama made all the more intriguing thanks to Clothilde's perky tits and another full frontal while petting a rat. Mr. Skin wouldn't mind petting her pussy.