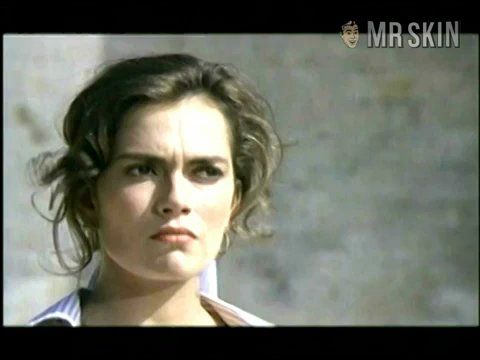 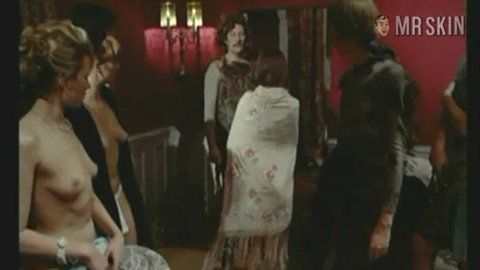 Christine Pascal started her career with a part in the French film The Clockmaker of St. Paul (1973). She didn't show her working parts but subsequently went on to appear in over thirty productions, in many of which she did expose her skinful ways. Christine also penned and directed numerous films throughout her thirty-three-year-long career, which tragically ended in 1996 when she committed suicide. Nevertheless, this talented, stunning beauty left her trademark good looks and wit on everything she ever appeared in, setting the bar, as it were, for everyone else in the entertainment industry, most notably with her performance and award-winning directorial effort in Le Petit prince a dit (1992). But Christine really made heads turn when she lowered the bar in terms of nudity, most notably in Que la fête commence (1974), which featured several lingering looks at her completely naked body. She went full frontal again for roles in Des enfants gâtés (1977) and Train d'enfer (1984) but sadly gave up her fleshful ways and not long after her very flesh. What a waste; but at least she left a fine body of work to whack off to in fond remembrance.