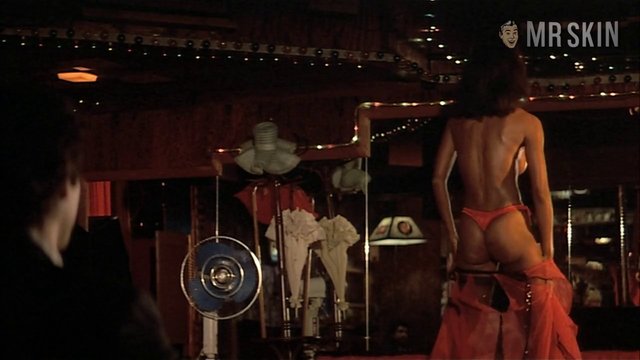 Perfect (1985)
Sexy, thong, underwear 00:17:47 Sweet look at Charlene's chocolate milk jugs and thong-clad, dark-meat cheeks as she strips in front of a mirror. Travolta likes the view, and so will you. 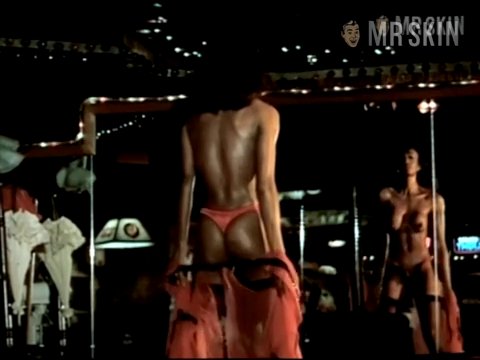 Charlene Jones started her career way on back in 1966 with a few episodic appearances on the hit Bill Cosby/Robert Culp series I Spy. Fortunate for those who wanted to spy a bit more of the comely Charlene, that gig didn't last long, and she turned to more "adult" endeavors, taking on a role in the X-rated sci-fi picture The Curious Female (1970) opposite Angelique Pettyjohn. Not surprisingly, Charlene (and the rest of the cast) shows off just about everything she's got in this film, although those damn hippies and their psychedelic light show obscure the perverse proceedings. That would prove to be Charlene's only venture in the flesh trade, though. In 1972, she returned to more mainstream pictures, including the PG-rated Hard to Hold (1984). Considering that holding Charlene is sure to make any man hard, she was soon back to skin, flashing out her perky patoombas again in the John Travolta/Jamie Lee Curtis sleeper Perfect (1985). After a bit part in Avenging Angel (1985), though, Charlene dropped off the old skin-o-scope. What a drag . . . we've got a Jones for some more Charlene!

7 Pics & 2 Clips
Nude, breasts, thong, underwear 00:17:47 Charlene Jones does a sexy dance before turning around to peel off her dress show off her thong!