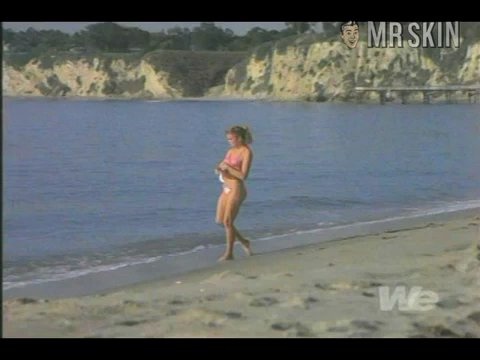 Hollywood Wives
Sexy, bikini Catherine walks the beach in a teeny pink biniki, attracting the eyeballs of a baddie with binoculars. 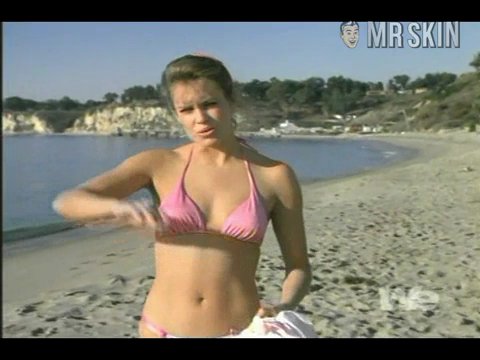 Lean and athletic Catherine Mary Stewart is missing the genetic makeup to be a bimbo. Back home in Canada, Mom is a physiologist, Dad is a renowned marine biologist, and brother Alan is a scientist with his own TV show. At seven Catherine Mary veered away from her family's academic bent to study dance. By nineteen she'd toured the world with various dance troupes and moved to London, England, to further pursue her dramatic career, a gambit that resulted in appearances on Knight Rider and Hotel, which in turn led to a recurring role on Days of Our Lives. The rest is history: Surfer Girl in The Beach Girls (1982), Gwen in Weekend at Bernie's (1989), and Lia in Cafe Romeo (1992).

Scenes from the Goldmine (1987) - as Debi DiAngelo

Days of Our Lives - as Kayla Brady

Hearts Are Wild - as Kyle Hubbard