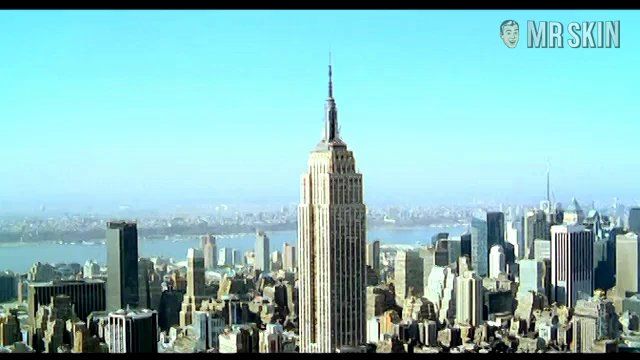 When your first role is playing a prostitute in some TV show called Control Factor, then Mr. Skin is watching you, babe. And by you, I mean Carrie Clayton, a dark-haired, full-figured temptress who continued to offer promise playing Betty Bumcakes in Rhinoceros Eyes (2003) and Fantasy Woman in the “Swimmers” episode of The Eleventh Hour. But it was in the Canadian sci-fi series ReGenesis that Carrie fulfilled that promise, oddly enough in an episode called “The Promise.” She plays a nude model playing pool in a full-frontal pose that would make Pablo Picasso drop his charcoal. Things continue to look up for this devilishly sexy actress, last seen in an episode of Billable Hours entitled “The Strip Club,” where she played Lap Dancer.