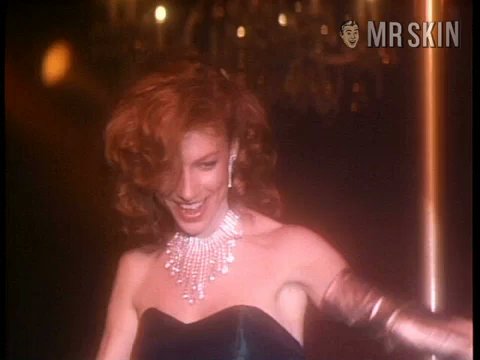 Playing a character named Cinnamon in a film called Stripped to Kill (1987) is probably not the best way to start and end your career, but we sure do appreciate Carlye Byron's efforts! Even though Stripped to Kill would end up as her first and only film, her terrific striptease scene more than made up for the dearth of other material in her career! Check out Carlye's comely casabas as she strips down and struts her stuff! There's even a nice shot of her upside down be-thonged booty as she flips on the pole! Caryle Byron will definitely put some grass on your gridiron!