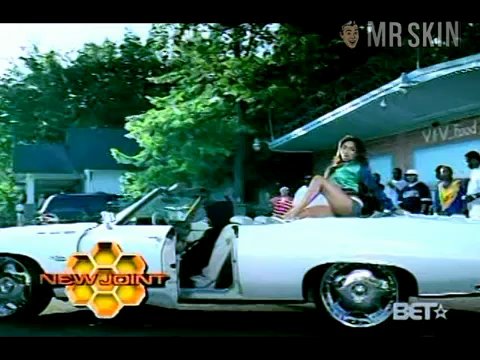 D-Girl (2006)
Sexy Brooke Valentine is skintastic in this sexy scene!

Mr. Skin wants salty, sultry R&B songstress Brooke Valentine to be his valentine. This tough-talking, swaggering singer may have bite, but he suspects that down deep she’s as sweet as chocolate pudding. This tasty Texan cut her teeth on the musical scene in an all-female group called Best Kept Secret. But Brooke wouldn’t remain a secret for long, departing her home state for fame in Los Angeles. Her debut album, Chain Letter, dropped in 2005, and the following year saw the release of the sexy single “D-Girl,” which prominently featured Brooke’s D-cups bouncing beneath a down-to-there halter top. When it comes to R&B, the vixenish Valentine offers plenty of T&A!