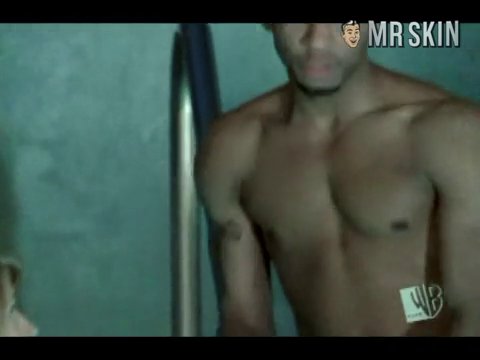 One Tree Hill (2004-2011)
Sexy, bikini Bevin looks like heaven in a purple bikini when she hops in the pool to give her guy some swimming lessons. 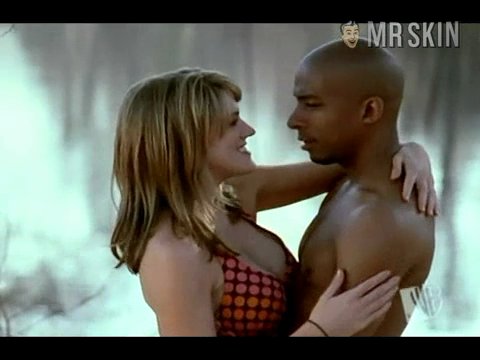 Teen dramas on the CW channel certainly have a knack for casting the most comely of cuties on television. To illustrate that point, look no further than One Tree Hill’s resident top-heavy teen temptress, Bevin Prince. The North Carolina native honed her craft (and her built bod) dancing in the UNC dance team, which prepared her for a career in the spotlight. Blonde Bevin--which rhymes with “heaven”--landed the role of a ditzy cheerleader on One Tree Hill with no prior acting experience, and she can occasionally be spotted on the show with her Prince-ly pair stuffed into the heaving lycra of a bikini or three. She’ll be making her big-screen debut in the thriller Twisted (2007), and Mr. Skin thinks she should take a cue from co-star/best friend Sophia Bush’s last name . . . and show some! C’mon, Bevin, isn’t it time for a little Beavin?