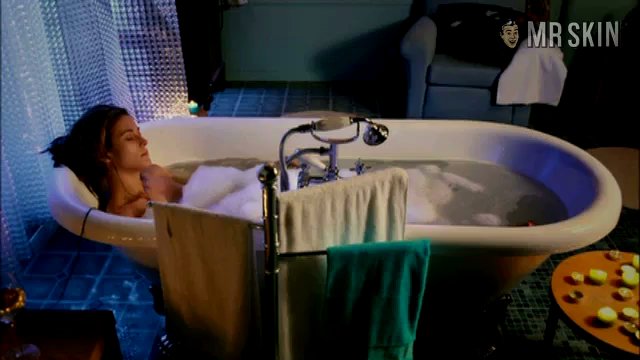 Bedlam (2011)
Nude, breasts Charlotte's worth her Salt showing T&amp;A while getting attacked, then rescued, in the tub.

Bedlam (2011) is a supernatural drama series currently airing on SkyTV in the UK. The show takes place in a creepy former mental hospital, renovated and renamed Bedlam Heights for its new life as a chic apartment complex. As you might expect, it doesn’t take long before the residents of Bedlam Heights start experiencing strange and unnatural goings-on. The cast of Bedlam is stacked with sexy young things guaranteed to cause a supernatural event in your pants. English enchantress Charlotte Salt stars as Kate, who co-manages Bedlam Heights with her father and lives in the building with her ravishing roommates Ashley Madekwe and Will Young. Then her brooding cousin Jed, played by Theo James, plagued by visions of torture and death, arrives abruptly, looking for a place to crash. Is it all part of a larger conspiracy of spookiness? Or is Kate in the firm grip of skinsanity?