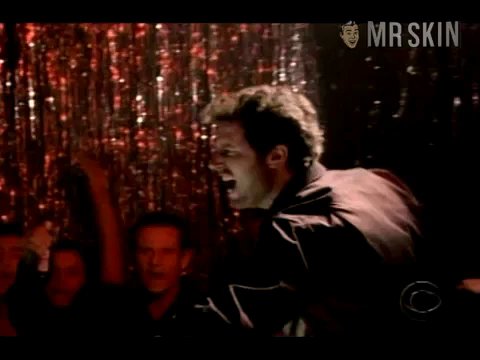 CSI: New York (2005-2007)
Sexy, bikini Stunning Allison struts her perfect-looking stuff for a roaring crowd during "lube wrestling". She's wearing a bikini, but it's easy to use your imagination.

Allison Stewart is an actress who worked on a couple of TV series and movies over the past decade. One of her earliest gigs was on CSI: NY back in the earlier seasons of the show. In the episode she appeared in she played Kandy, a stripper, who is in a room full of men, acting as the only object of enticement. She beckons a big bald man in a suit to come on stage, gets him real wet and slippery, rides him, and kicks him over. Throughout the whole sequence she’s sporting a sexy pink bikini and making sure her audience stays captivated and entertained. Following that appearance Allison also added her sexiness to the TV show The Riches and the movies Haskett’s Chance (2006) and most recently Siblings (2009), in which she played Rita.