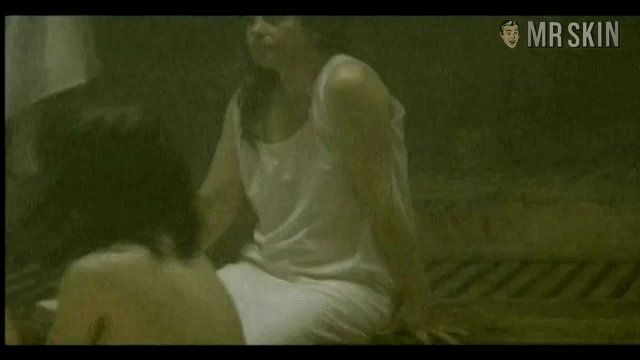 Train of Life (1998)
Nude, breasts, butt 00:13:00 Aggie shows funbaggies and awesome booty getting rinsed down by another broad in the bathhouse. She's also on the far, far right in the background in the panning shot. 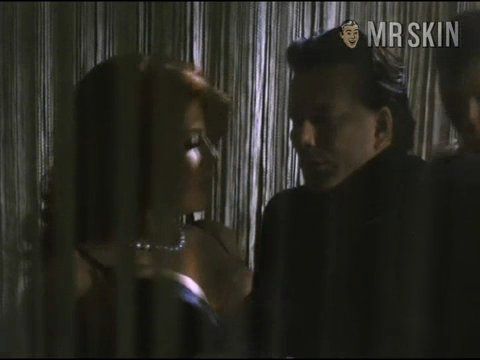 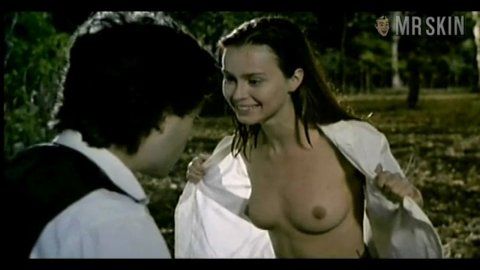 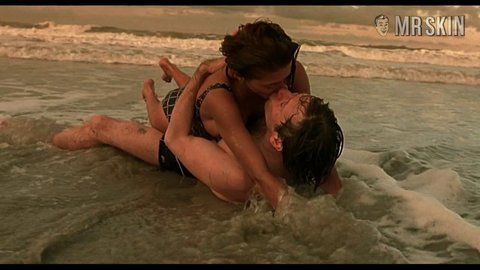 The Diving Bell and the Butterfly (2007) Nude, breasts 00:41:50 See sexy Ms. de La Fontaine's chest-fountains when the covers are pulled back on her bed, and then she hits the shore for some sandy, salty sex with her guy.
+14
More Pics &
Clips >>

Agathe is as “French” as they come; hot, sensual and exuding the kind of “do me” attitude that just melts the male mind. After her debut in the 1994 feature film Louis 19, le roi des ondes , Agathe went on to appear in such non-notable fare as Killer Kid , Novalis – Die blaue Blume and Le Secret de Julia , which, although my French isn’t that great, I think has something to do with “Julia” and something that she doesn’t want anyone else to know. Oddly enough, Agathe’s only Skin Scenes so far were in the primarily American production Another 9 ½ Weeks , which sort of followed up with Mickey Rourke and his sexcapades made so famous with Kim Basinger and a refrigerator full of food. Her breast shot is brief but it does involve another attractive chick for the eyes to enjoy, so be sure to see it.

4 Pics & 1 Clip
Nude, breasts 00:41:50 See sexy Ms. de La Fontaine's chest-fountains when the covers are pulled back on her bed, and then she hits the shore for some sandy, salty sex with her guy.

3 Pics & 1 Clip
Nude, breasts 01:05:03 Fooling around with Everhart and Rourke, Agathe loses her top...but just for a few brief moments.

5 Pics & 1 Clip
Nude, breasts Enjoy a long, lusty visit with Agathe's funbagathas when she de-shirts and hops into bed with a guy.
Live Cams - View all