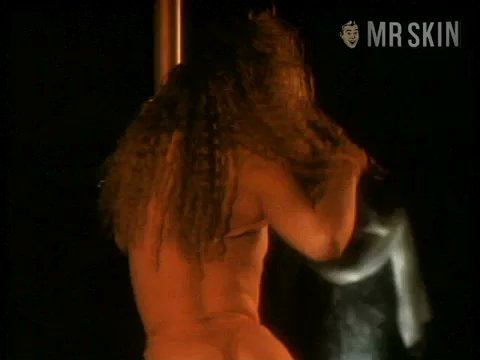 Tracey Crowder was a stripper turned actress briefly for the movie that disguised itself as a slasher film just so it could show loads of strippers in action, Stripped to Kill (1987). Like many of the other girls that appear in this movie, Tracey plays a stripper and gets her very own segment to showcase her talents. In the film we get to see Tracey’s firm gyrations around the pole all while her tasty tatas are out for full display in the dark backdrop of the club. Unfortunately if you want to find more material of Tracey out there, you either had to be frequenting the strip club circuit when she was live and in action, or you need to settle for this, her sole brief moment on the screen, although this is by no means bad viewing.