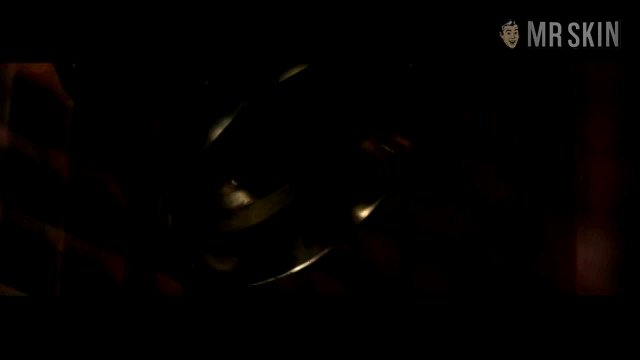 The Long Kiss Goodnight (1996) is a unique action flick in that its hero and driving force is the kick-ass cutie Geena Davis, with the wise-mouthed bad-ass Samuel L. Jackson as her sidekick. Geena is suffering from amnesia, which is begins to recover from, and her returning memories offer a troubling reintroduction to her dangerous past. That’s because she’s an assassin with a great ass, if we do say so ourselves. She looks great killing people and generally causing mayhem and destruction in her pretty path. The special effects are spectacular and yet pale in comparison to the physical hotness that Geena displays without need of any augmentation. That is proven in scene after scene where Geena is seen in her underwear, underwater and finally some butt in the shower.