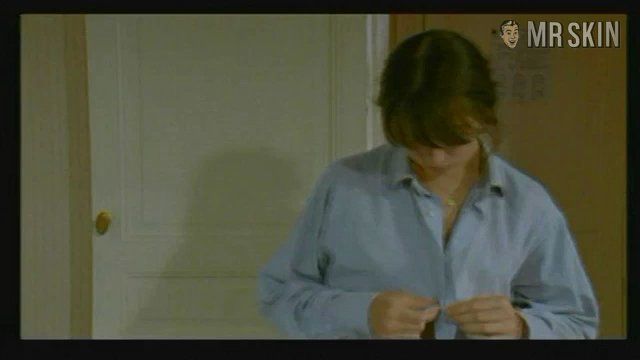 The Little Thief (1989)
Nude, breasts 00:41:00 Charlotte shows off her youthful, super-tasty nubbins as she takes off her shirt for some Frenchie. Mon dieu!

Charlotte Gainsbourg is The Little Thief (1989) of the title. She has little breasts, too. Maybe one day she'll steal a bigger rack, but at least she's willing to expose what's she got. Charlotte does that when she meets and falls for an older man. He refuses to have an affair with her, however, because she's a virgin. So, being no dummy, Charlotte gets herself banged by a stranger and returns cherry-less and ready for action. Nathalie Cardone shows up in a Catholic school, but she's forgotten the top part of her uniform. It's a holy hot scene. Eventually, the little thief betters herself, but not before stealing the viewers' heart-on.