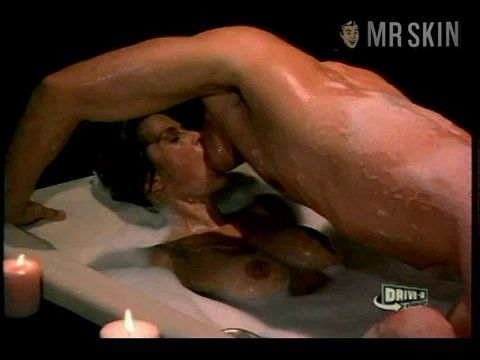 Subliminal Seduction (1996)
Nude, breasts, bush 00:15:00 Katherine bares those bodacious boobs and a bit of bathtime boosh in this rather sexy tub-schtupp scene.

Software that can get you hard has been developed by a mad gamer who plans to take over the world with subliminal suggestion in Subliminal Seduction (1996). OK, so you understand where the first part of that title came from. The seduction part is provided by his wife, played by Katherine Kelly Lang, who shows off her stuff in the shower and banging her evil genius of a husband, played by Beverly Hills, 90210's Ian Ziering, who is often seen with topless test subjects such as Griffin Drew. No wonder every one wants to get into new media.