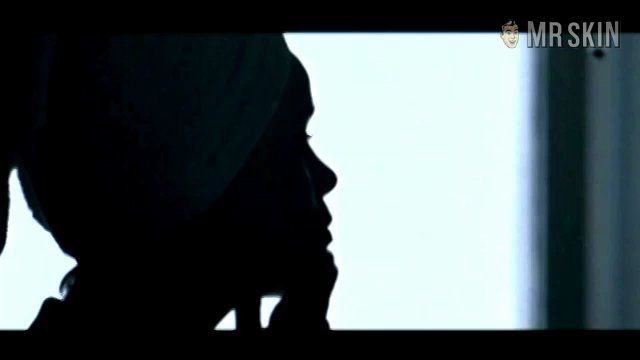 Be.Angeled (2001)
Nude, breasts 01:35:00 Solveig lubes up her fully fecund and totally hot preggo bod with some lotion, showing off her silhouetted, heavy-hanging hoot-jobs.

From the sea Iceland looks like a glacier, but past its frozen coastline there's lush country, which is a pretty apt metaphor for its actresses, especially hot redhead Sólveig Arnarsdóttir. The name may be unpronounceable by American lips, but what American wouldn't want to put his (or her) lips on this sweet, young thing? Well, someone's already been there, as Sólveig's nude debut in B.Angeled (2001) shows. In that movie, she's pregnant and naked, exposing some of the heaviest milk-fed jugs ever seen onscreen. Whether you're a pregnant fetishist or simply a breast man, you'll cry like a baby seeing her plump pair. But that was only the prelude to her most lewd reveal in the documentary Die Geliebte des Sultans (2005). Mr. Skin expects great things to make things great from this one in the future.