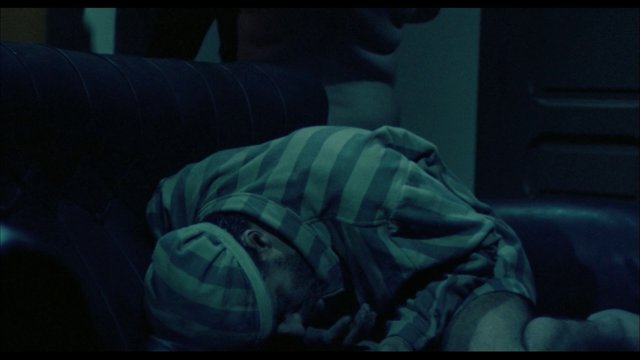 The sexy Shirley Stoler was an actress best known for her work in The Deer Hunter (1978), One Life to Live, and The Honeymoon Killers (1970). Shirley was born in Brooklyn, New York on March 30, 1929 and died on February 17, 1999. She made her onscreen debut as Roberta “Tiny” Coleman on the TV series One Life to Live in 1968. Shirley shows some skin in Seven Beauties (1975), a film which follows Italian everyman, Pasqualino (Giancarlo Giannini), who deserts the army during World War II. Germans capture him and send him to a prison camp where he dreams of escaping. He mentally escapes into long memories about his family and his seven sisters - including his accidental murder of one sister's lover, his confession and imprisonment, his calculated switch to an asylum, his rape of a patient, and his volunteering to be a soldier to escape confinement. The sexy, thick Shirley is sitting back in a tank top on the couch that we can admire her hefty hooters in. She gets up off the couch and briefly bares her ass before putting on a robe. It's a great, quick look so keep your pause button handy!