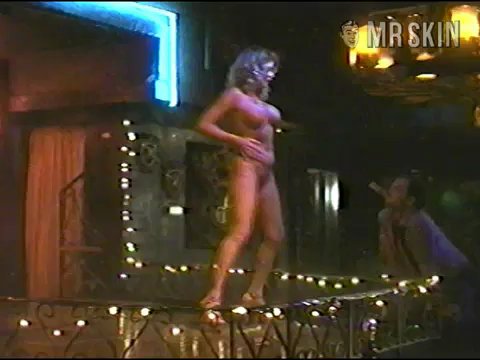 Shannon Duffy made her celluloid debut in 2001 with a titillating turn in the straight-to-video release Double Deception (2001) opposite the likes of such second-rate stars as Joe Estevez and Udo Kier. Shannon, of course, provided the gratuitous low-budget thriller nudity with her turn as “Pole Dancing Stripper,” which featured her bouncing breasts in a dimly lit bar sequence, as well as a spread-eagle or two, although her (probably trimmed) beave was hidden by an itchy G-string that's covered in sequins. She’s definitely hot, but we're tired of the deception. We're hoping for a full-frontal future for the lass.