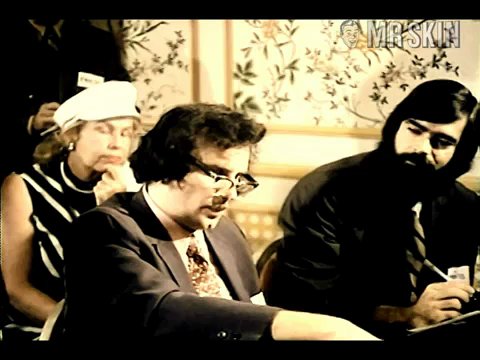 Video Vixens (1975)
Nude, breasts 01:18:00 Robyn shows her all-natural rackage during a press conference. Something about the last name "Hilton" spurs people to flash! 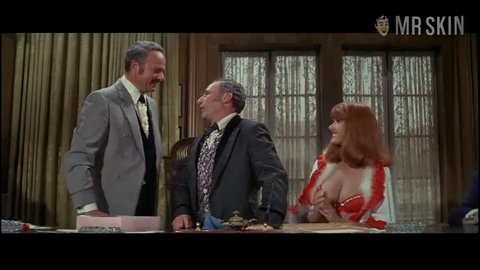 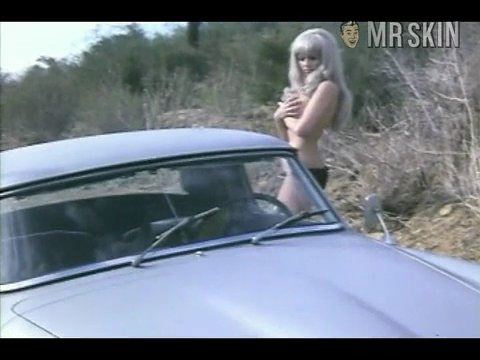 Robyn Hilton is such a video vixen that she starred in the movie Video Vixen (1975). The film is a sexy comedy like The Kentucky Fried Movie (1977) before there was such a thing and with a lot more skin. The busty lady of humor may be moist mamorable as Mel Brooks's bra-busting, redheaded gal pal Miss Stein in Blazing Saddles (1974). Oddly enough, in spite of all her screwball comedy roles in otherwise skinful movies, Robyn's been something of an anomaly. Somehow she remained fully clothed in such pictures as The Single Girls (1973), The Last Porno Flick (1974), and Malibu Express (1985). Her ample cleavage in the Maid Marian outfit from the latter feature more than made up for the lack of out-and-out nudity. Robyn is a bird of many feathers, but she really takes off when we see what's behind the plumage.

1 Pic & 1 Clip
Nude, breasts 01:18:00 Robyn shows her all-natural rackage during a press conference. Something about the last name "Hilton" spurs people to flash!

6 Pics & 1 Clip
Nude, breasts 00:53:00 An extreme close-up of Robyn's rack is seen when Dobie Gray takes her bikini top off at gunpoint by the side of the road. Right on, brother!
Live Cams - View all