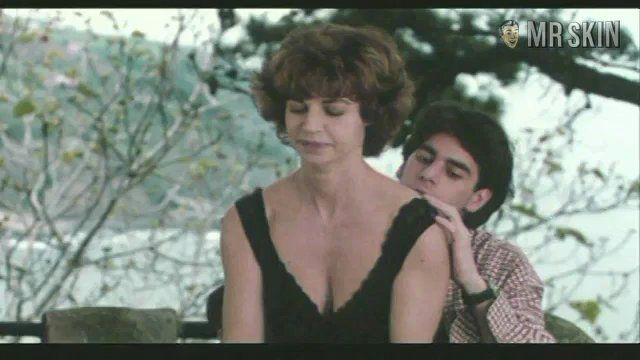 Question of Luck (1996)
Nude, breasts 00:24:00 Anna's man sneaks up from behind and slightly frees her left loblolly from that confining top, letting a bit of nip out to play.

A young boarder on the scenic Basque coast finds himself at an emotional crossroads at the same time that a series of strange events wreak havoc on his existence in the sultry Spanish thriller Question of Luck (1996). Julio (Eduardo Noriega) is penniless and engaged to a woman he no longer loves (Leire Berrocal) when a strange set of coincidences propels his life in a new direction. After renting a room from a flamboyant, dangerous French woman (Anna Galiena), Julio immediately finds himself tantalized by her charms, even as he’s threatened by her involvement in larceny and murder. Berrocal and Galiena are brilliant in their respective roles as good girl and vixen, vying for Julio’s affection. It’s a catty battle, but both actresses come out winners by putting their sumptuous curves on display.