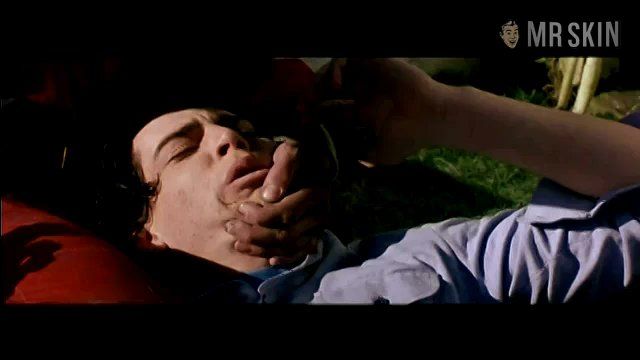 Sexy Aussie Nadine Garner made her first professional appearance on the Down Under boob tube in an episode of the women-behind-bars drama Prisoner. Though she graduated to the cast of the naughty soap Neighbours, which is known to actually show a boob or two onscreen, she never flashed her pretties until she landed on the big screen in Metal Skin (1994). They weren’t exactly pretty, though, as one of her boobs was nothing but scar tissue. The other looked nice, and it is skin, so you’ll hear no complaints from the hairy palms at Skin Central.

Boys From the Bush - as Arlene Toomer