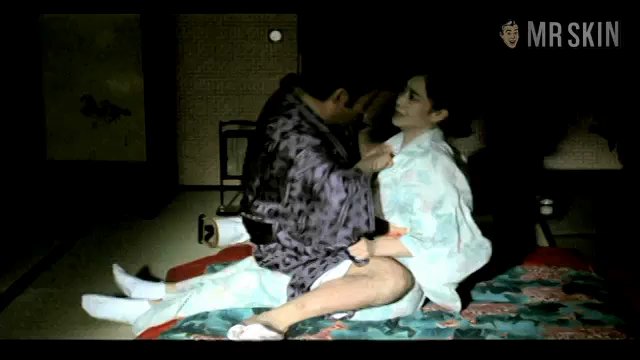 Onimasa: A Japanese Godfather (1982)
Nude, breasts 01:24:00 She gets her kimino ripped and her boobs manhandled--or is that mamhandled?

Masako Natsume was born in Tokyo, Japan in 1957. After making her screen debut on the tv series Himawari no michi in 1976, she kept very active, appearing in sixteen films and tv series before her untimely death at age 27 of leukemia. Though her death was undeniably tragic, she left behind a respectable body of work including roles in the films Onimasa: A Japanese Godfather (1982), Time and Tide (1983), and MacArthur's Children (1984). Check out her cheeky chesticles in Onimasa: A Japanese Godfather when a guy rips open her robe and grabs himself a handful of hooters! Though Masako is gone, she will never be forgotten thanks to her many film roles and all the joy they bring!

3 Pics & 1 Clip
Nude, breasts 01:24:00 She gets her kimino ripped and her boobs manhandled--or is that mamhandled?