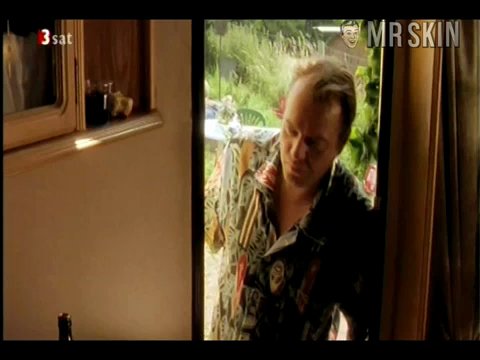 Marion Mainka made her debut in the German crime TV series Die Wache, which, thankfully, will not kill you if you watch it. Though you may kill millions of sperm in your enthusiastic response to the first sight of this sexy act-chest. She stuck on the boob tube through the mid-to-late 1990s, landing in a feature animation called Kleiner Dodo (2008) where she plays the voice of a squirrel, but if you want more adult fare then you’ll have to check out the made-for-TV romantic comedy Halt mich fest! (2000), about the death of a former band member that reunites the survivors who go on the road to rock one last time. They also go to the bed, where Marion shows off her rocks. They’ll make you roll.