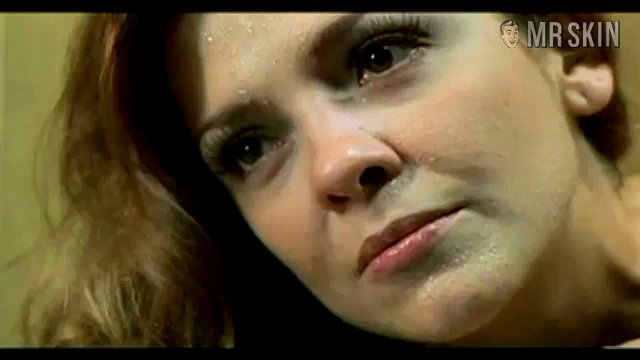 Murder at El Meneo (2001)
Nude, breasts 00:34:00 A massage gets a little more intimate when bare-bazoomed Marcela succumbs to the passion of her kneader.

Around the turn of the century you may have seen Marcela Ugalde on some Spanish speaking TV series. Most notably she was featured on Asesinato en el Meneo in 2001, playing the role of Regina. In a quick clip from the show during a massage session, Marcala pulls her body up and exposes her rack when she’s trying to get it on with a masseur. Although this über sexy clip shows plenty of promise for this hot Hispanic brunette, there isn’t much more that she did as an actress. In 2003 she appeared in the Colombian movie Marasmo, but that was the last time the English speaking world has any documentation of her. Perhaps soon we’ll uncover more from this sultry Latina and get more clips to share with all you Mr. Skin devotees.

7 Pics & 1 Clip
Nude, breasts 00:34:00 A massage gets a little more intimate when bare-bazoomed Marcela succumbs to the passion of her kneader.
Live Cams - View all