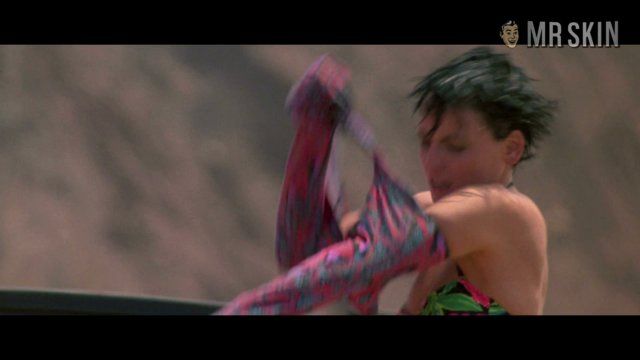 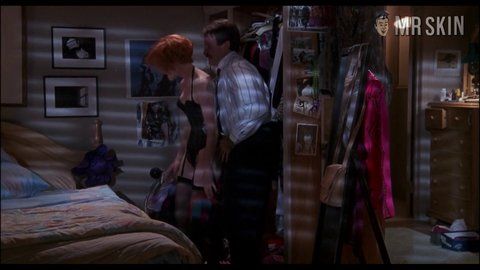 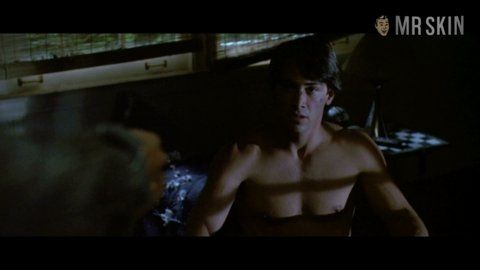 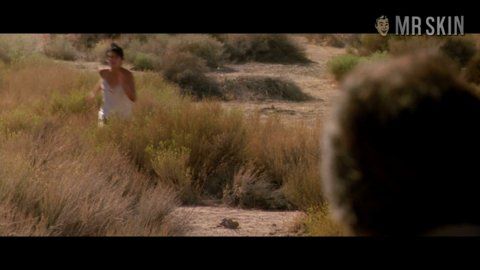 Don't cry for Lori Petty. The sometimes waiflike, sometimes vixenish starlet has been a featured performer on both big screen and TV tube but has never blossomed into a major media sensation. Feisty, tasty, and trim, Petty's rise to skin icon was undermined by roles as the tomboy next door (Willie in Bates Motel [1987]) or as a hotter star's gawky sister (to Geena Davis in A League of Their Own [1992]). Pretty Petty was given a lead as the titular chick in Tank Girl (1995). Unfortunately, the concept of a female action cartoon hero was slightly ahead of it's time. Still, Lori carved out a comfortable career as a blonde, a redhead, and a brunette, and she even showed her ass in surf and crime caper Point Break (1991). That brief glimpse of split tail was just enough to show that we should be crying for ourselves and the many sides of Petty that have gone unseen.

The Thorns - as Cricket Henshaw