Son of the Beach (2000-2002)
Sexy, underwear Nice bra and panties. Nice chains that keep Kimberly held against a wall. Nice and kinky!

basement tied up black bra and panties chained to wall 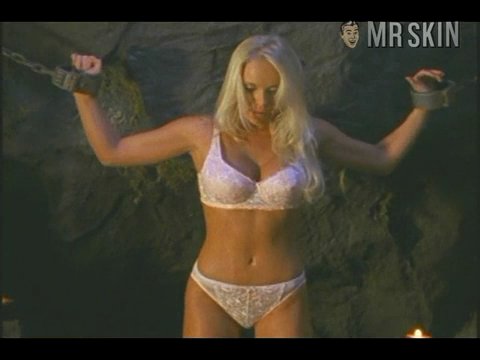 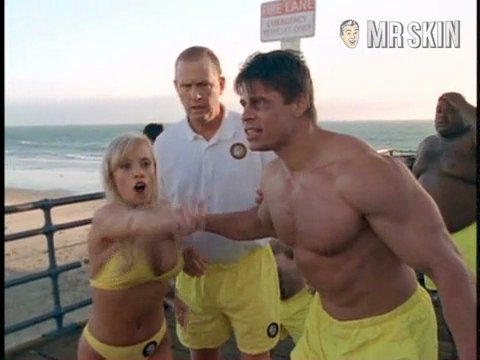 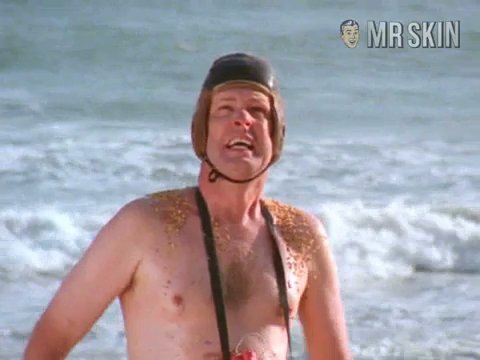 Kimberly Oja toiled for what seemed to be ages in thankless roles on various TV shows and in little-seen movies before she landed her breakthrough role on the hit series Son of the Beach in 2000. She started out with a bit part in the made-for-TV movie Lucy and Desi: Before the Laughter (1991) and appeared on various episodes of Silk Stalkings, Wings, Frasier, Touched by an Angel, and Beverly Hills, 90210. She made some big-screen appearances in Switch (1991) and Deliver Us from Eva (2003), plus the made-for-TV movies Lady Boss (1992) and Good Doctor: The Paul Fleiss Story (1996), who happens to be the Hollywood madam's dad. Despite the provocative titles she's worked, Kimberly has yet to appear nude on film, but once you have been associated with Howard Stern, that becomes inevitable. Until then, just enjoy her bikini-clad body on the beach and wipe out in your pants.