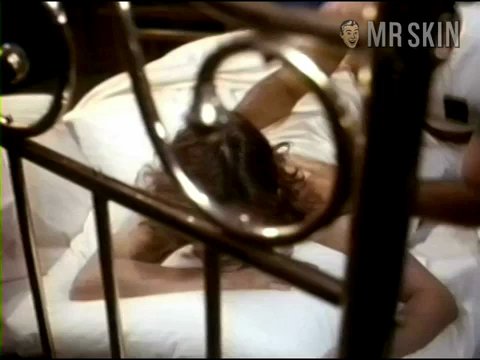 Round Numbers (1992)
Sexy Kate Mulgrew is skintastic in this sexy scene!

It's great to see hard work and perseverance pay off to a deserving soul, especially when that soul is embodied in the redheaded, fire-eyed, shapely limbed lady who is Kate Mulgrew. A farm-belt flamethrower who's been a solid TV stalwart since ABC was running series with titles like Alien Lover (that would be 1975), copper top Mulgrew was finally rewarded with the plum role of Captain Kathryn Janeway on Star Trek: Voyager in 1995. As the first female ever to command a Star Trek spaceship, Kate has proudly ventured where no other woman has gone before. Then again, the orbits of her round mounds of love in Round Numbers (1992) indicate that the comely captain has also tiptoed along the path that many a lissome lass has gallantly trod before her.

The Black Donnellys - as Helen Donnelly

Man of the People - as Mayor Lisbeth Chardin