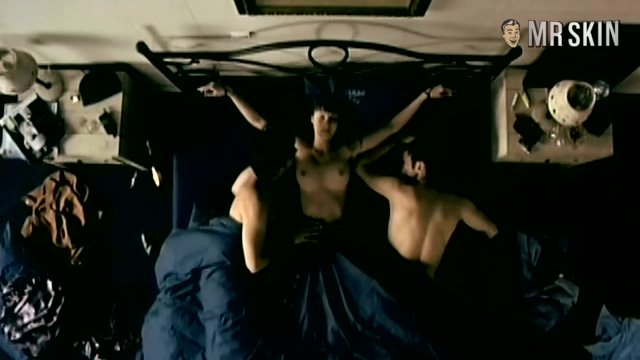 Before she appeared opposite French T&A-lister Audrey Tautou in the skinternational hit romantic comedy Amélie (2001), Karina Asure co-starred in the kinky crime comedy Mes amis (1999). Karina shows off both naked knockers tied to a bed between two dudes. Do you want to see more of Karina? Why, a-sure!