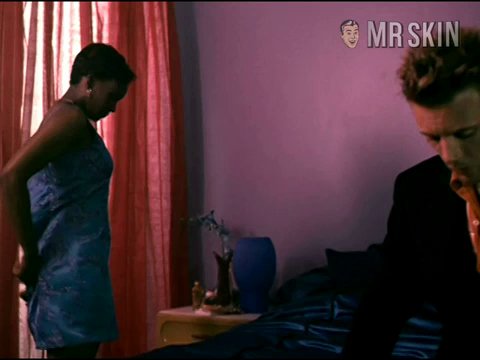 Karen Glave started out her career with a guest spot on the short-lived Forever Knight in 1995, and subsequently stuck to the guest-spot circuit thing for a while, appearing in episodes of Sirens, Due South, and Highlander: The Raven. In 1997, she finally landed some decent roles, albeit in television movies like Let Me Call You Sweetheart and Ms. Scrooge, which at least 10 people tuned in to see. When she finally landed some cinematic roles, they were almost without exception in flicks that are doomed to gather dust at your local video store, like her big-screen debut, 1998’s Blind Faith. Thankfully, this under-appreciated beauty shed her clothing for the ubiquitous Canadian picture Last Night, which tells the tale of how various characters would spend the last day in the existence of Earth. Her particular segment, like most of the others, dealt with some serious sex, and she subsequently got down and dirty with her male counterpart for some steamy bedroom action. The scene mostly highlights her perky breastitude, but there is some brief lower frontal nudity, so be sure to check it out.