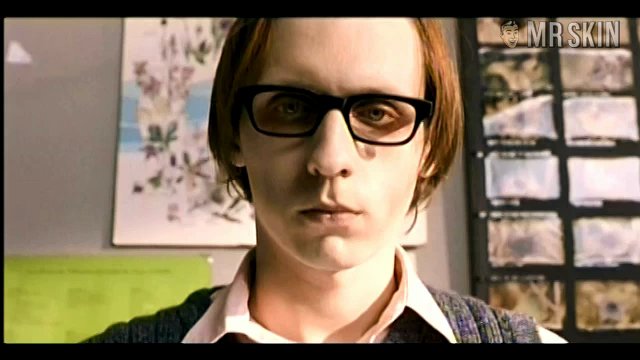 Night of the Living Dorks (2004)
Nude, butt 00:25:00 Brief, but close-up ass prior to being bitten by her zombie classmate. That is one nice dork duff!

Julia Fischer first made her name playing parts on made-for-TV movies in West Germany in the mid-1980s. That was a different time. First off, it was in the past. But more importantly it was before the Wall came down, uniting East and West Germany. After that Germany’s boob tube was flooded with hotties from both halves of the divided country, finally making its carnal promise whole. Julia helped as much as she could, appearing on the TV show Die Cleveren. But it was the comedy, Night of the Living Dorks (2004), about the uncool kids in school who become zombies and love it, where that potential was finally realized. How? Well, Julia finally flashed her perfect seat-meat, which seated in a school chair. That’s the fulfillment of so many of our fantasies rolled up into one hot bun.