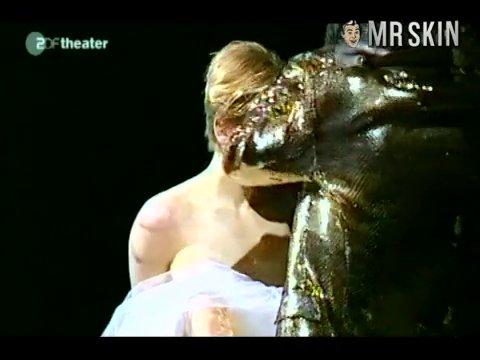 German gem Jana Schulz has spent nearly ten years proving that she is a force to be reckoned with on the silver screen. This statuesque blonde appeared on such boob tube TITles as Stubbe - Von Fall zu Fall, Die Gerichtsmedizinerin, and Tatort. Jana also starred in features including William Shakespeare's Othello (Stageplay) (2005) and Ghosted (2009). In the former, she bared her delicious dunes as Desdemona during a theatrical sex scene with her ebony costar. Miss Schulz will have you shaking your spear!