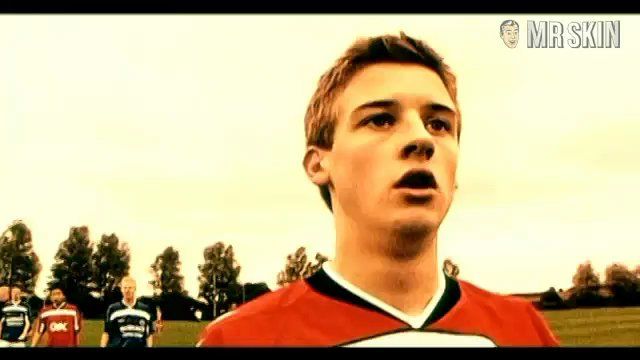 Danish model and all out babe Ina Centio may have only one film credit to her name, but the brief time she spent on the screen is enough to leave you salivating over her for a while. She showed up as Helene in the teenage comedy soccer movie, Kick’n Rush (2003), and has one very memorable dream sequence. As one of the characters is in the field, he daydreams that he’s seeing the busty Ina guarding a goal in a bikini. She licks her palms and prepares for the boy’s attempted goal. As he gets closer to her, Ina goes out for the attack and we get to see some slow-mo boob wobbling for a few glorious seconds. When the boy snaps out of it, he sees that it wasn’t Ina at all. Ina still works as a model, so maybe in the future we’ll get to see more of those ogle worthy jugs in action again.