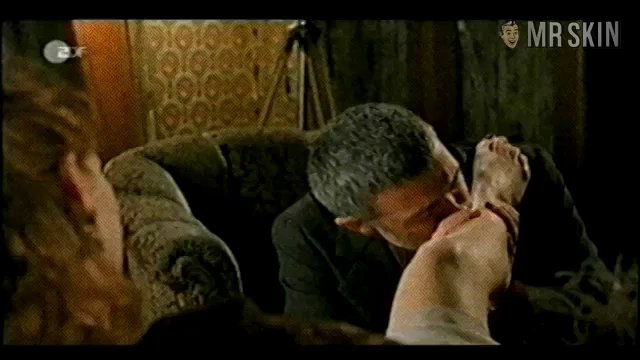 A pair of resourceful German detectives tackles crime, espionage, and political intrigue in the long-running and very popular television series Ein starkes Team. In the feature-length episode Ein starkes Team – Kinderträume (2002), partners Verena (Maja Maranow) and Otto (Florian Martens) team up to investigate the murder of a famous fertility specialist. Convinced that the man’s work on foreign adoptions provoked the ire of the Russian mafia, Verena and Otto begin making inquiries--until they realize that they’ve been on the wrong track all along. It turns out that lithe Euro-goddess Saskia Schwarz is somehow tied up in the scandal, although it becomes difficult to pay attention to the plot twists after the curvy beauty begins peeling off her layers.