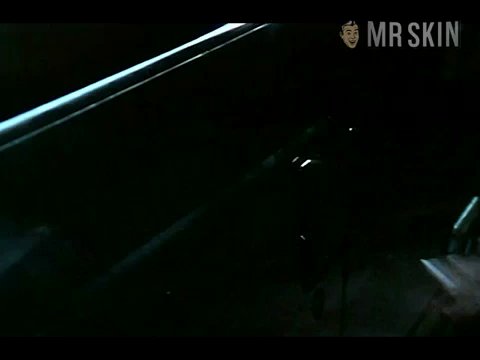 Caroline Jett is a five-foot, seven-inch act-chest who first appeared in the Phantom of the Ritz (1988), a comedy-musical-horror flick about an old abandon theater revised for 1950s-era rock shows that feature a rash of mysterious killings. She then dipped her talented toe into a few boob tubes shows, Think Fast and Swamp Thing, in 1989 and 1990, before ending her career with a blast of nudity in Viewer Discretion Advised (1998), another comedy-horror story about a guy who is trapped in the TV shows he watches. Hope he’s watching Caroline, because she bares her boobs in bed with her man.