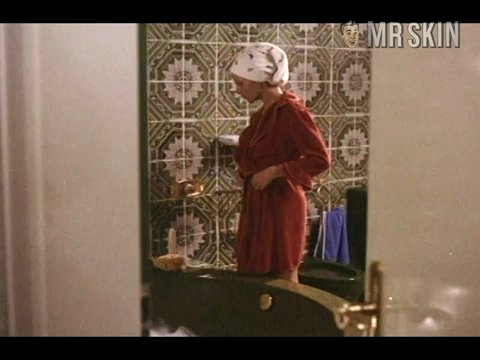 Born in Vienna on November 11, 1952, Birgit Zamulo is a SKINternational star whose films epitomize the swingin' Seventies. This racktastic redhead made her debut in the X-rated romp Techniques of Love (1973), Brigit's first of several softcore films. These include Die Stoßburg (1974), about an ex-con who specializes in picking the locks on chastity belts, All-Around Service (1976), about a very hands-on duo of handymen, the Sapphic seduction story Bibi (1974), and Bloodlust (1977), a twisted necrophiliac spin on the vampire legend. But the best place to catch Birgit in rack-tion is Girl Meets Girl (1974), where she serves up a triple-B buffet in the bathtub. That'll stiffen your Vienna sausage!