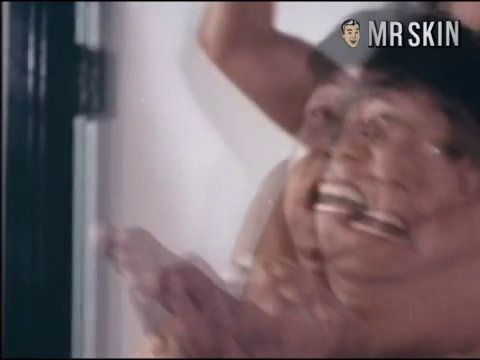 Escape from the Brothel (1992)
Nude, breasts, butt, bush 00:13:00 AMAZING! Sophia does a little Cunt-Fu fighting with Alex Fong, while totally in the buff. Watch the fur fly! 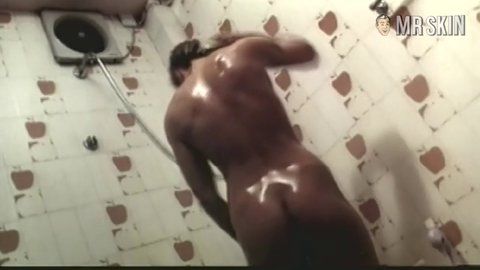 It's not totally far-fetched that delectable Sophia Crawford should end up playing a live-action cartoon character. The sizzling scene stealer has fashioned herself into a heightened version of the alluring female prototype. The blonde-streaked brunette has a perky, pretty, pointy, ski-jump nose; protruding lips shaped like an animator's realization of pouting sexuality; and eyes that are every iota as big but not one whit as innocent as Betty Boop's. Add to that the toned, tight body of a martial arts expert, and you have a winning candidate for Mighty Morphin' Power Rangers. Sophia came by that powerful, lean body the honest way: She bared it in Chinese-produced karate pics such as Escape from the Brothel (1992). While fleeing the cathouse, Crawford engaged in an ass-out kung-fu-fighting scene, a bout of naked kick boxing that focused on her hairy box.