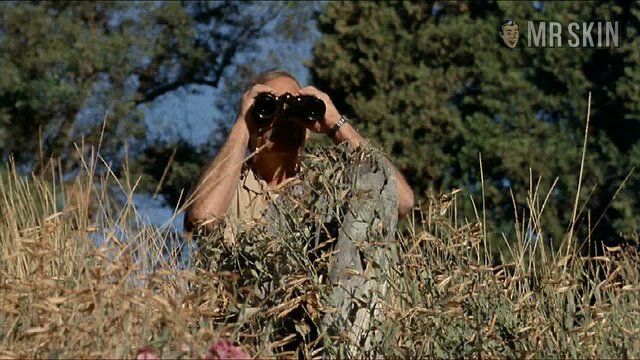 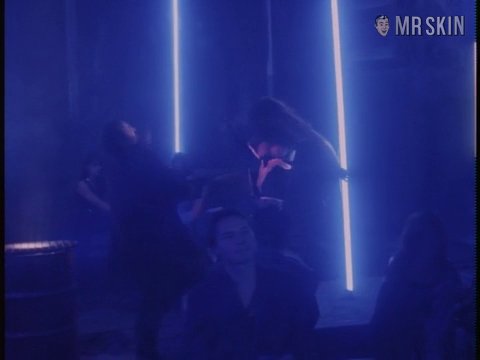 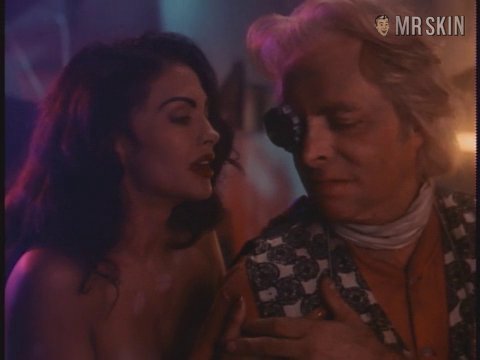 Rebecca is, of course, best known for her layout as Playboy's Playmate of the Month in June 1986. However, the acting bug had long before bitten this extraordinarily beautiful lass, who made her cinematic debut in 1978's Malibu Beach in an uncredited "beach bunny" role. Shortly after her stint in the hallowed halls of The Mansion, though, things took off for Rebecca, who landed such roles as "Hot Seniorita" in the comedy classic ¡Three Amigos! and, not surprisingly, "Playboy Playmate" in 1987's Beverly Hills Cop II. Of course, it's hard to forget her part in the surprise success Ace Ventura: Pet Detective.. Although she didn't show any Skin within, Rebecca set the tone for the whole flick, rewarding Jim Carrey with a bit of unseen mouth-sex after he rescued her dog in the opening scene. Surprisingly, in spite of incredibly sexy turns in such Skin Classics as Embrace of the Vampire and Indecent Behavior III, Rebecca has shown off only a scant amount of Skin on film, excepting, obviously, her many wonderful appearances on the Playboy Video shelf.. Director (and famous kid brother of John Travolta) Joey Travolta made the wise decision to put Rebecca to her Skinful best in his directorial debut, 1994's Hard Vice. Although fellow Playmate Shannon Tweed flashes some hooterage in the flick, Rebecca steals the Skin Spotlight with her many steamy sex scenes, most of which contain more heavy heaving hooertage than a guy could ever wish for… and we at Skin Central are nothing if not bigger wishers! Don't miss it... Advice to the wise: get your eyes enlarged before watching this flick… you’ll want to capture every delicious inch of exposed flesh without spilling any of it off onto the sides of your face!