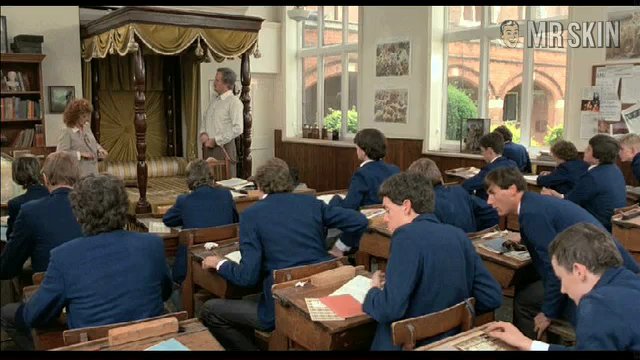 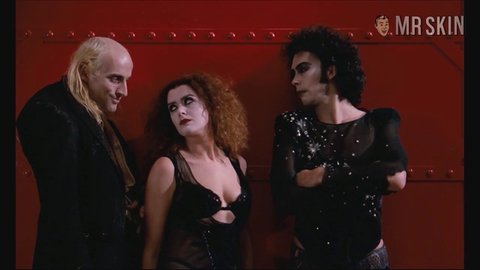 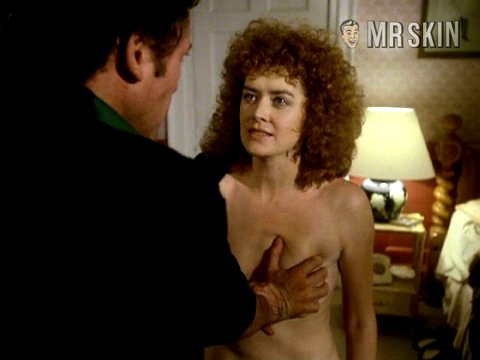 Hammer House of Horror (1980) Nude, breasts Patricia presents her peaks but the doofus with her doesn't seem too appreciative. 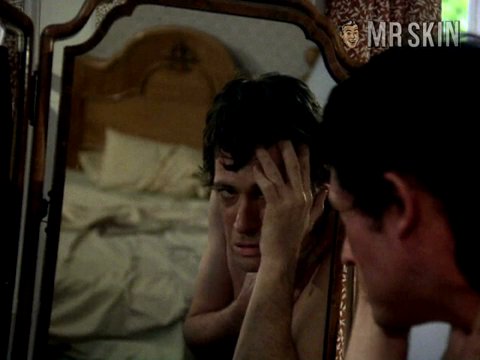 Patricia Quinn has big red lips that you'd like to have wrapped around your big, long . . . you know. Those pleasurable puckers open up the cult classic The Rocky Horror Picture Show (1975), singing "Science Fiction, Double Feature" in her role as Magenta. That kinky part may be what made her famous, but Patricia is a very accomplished actress of the stage and screen, although admittedly things seemed to slow down for her at the end of the '90s. She started her career with bit parts in four different films: Up the Front (1972)--playing another maid, this time for hot tramp Mata Hari--Rentadick (1972), The Alf Garnett Saga (1972), and Adolf Hitler: My Part in His Downfall (1972). Talk about a way to start off a career! She then landed meatier roles in the mini-series Shoulder to Shoulder (1974) and the Love School series before reaching fetishistic perfection in RHPS. She has since been in the celebrated mini-series I, Claudius (1976), in which she flashed a bit of her pretties, Beauty and the Beast (1976), and the follow-up to RHPS, Shock Treatment (1981). While her Rocky togs were quite sexy, to get a better look at this lilting Irish lass, you should check out the hilarious Monty Python's Meaning of Life (1983), in which she helped John Cleese teach an all-boys' school class a lesson in the birds and the bees. And there's the "Witching Time" episode of the TV series Hammer House of Horror, where she's bewitchingly topless. Thanks for the mammaries, Patricia.

3 Pics & 2 Clips
Nude, breasts Patricia presents her peaks but the doofus with her doesn't seem too appreciative.
Nude, breasts More of Patricia's pink pokies as she lounges in bed.

2 Pics & 1 Clip
Nude, breasts Get a quick glimpse of Patricia's peaks as she gabs with her man in bed. Tit-us Maximus!

Fortunes of War - as Mona Castlebar