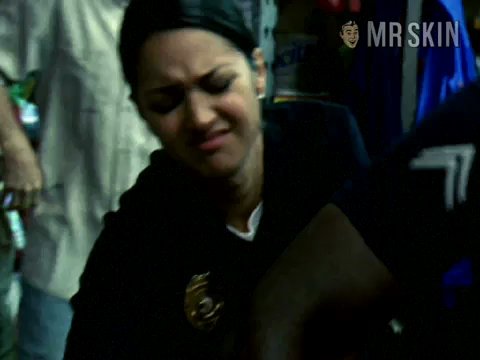 Natalie Amenula is a Puerto Rican spicy babe. She was raised in Temecula, California, outside of San Diego. By the age of 16, she was already a working act-chest, landing a recurring role as Christina on the Nickelodeon TV series The Brothers Garcia. She’s been in a promotional spot with the band Coldplay for MTV. But she shows her best asset in the cop drama The Shield, in an episode called “Jailbait,” where she gets busted naked and we see her getting handcuffed, folded over on her knees and showing off her class-A ass. She’s currently featured as a recurring character on the TV series The Bridge. With all that boob tube exposure, it’s only a matter of time before she shows her boobs.

1 Pic & 1 Clip
Nude, butt Catch a fleeting flash of Nat's bare ass when a naked, dead dude is lifted off her by the cops. What a way to go!
Live Cams - View all