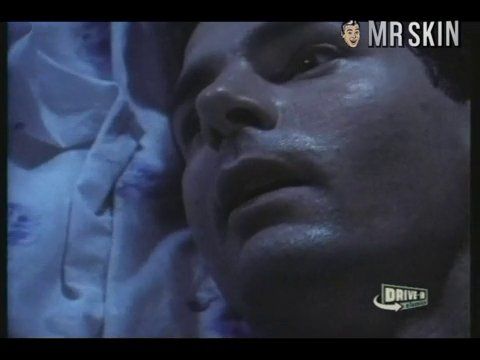 Nadia Capone may share a name with an infamous gangster, but the only machine gun she'll give you will be in your pants! This fetchingly fresh-faced filly started her career out in the mini-series I’ll Take Manhattan and subsequently languished in television gigs and movies that failed to show her true potential before she finally landed a role of note on the hit soap opera The Guiding Light in 1991. After a year of brightening up daytime TV, the comely Canuck returned to Canada to appear in the series Side Effects, which we are told is a lot like ER, but the doctors say “eh?” more. While she has spent the better part of her career as a small-screen success, Nadia has appeared in many a movie, including her stunning skinematic debut, 1987’s landmark film Skull: A Night of Terror. Watch in wonder as Nadia reveals her ravishing form in the raw. Prepare to get a Ca-bone!

3 Pics & 1 Clip
Nude, breasts 00:08:00 Heaping helpings of tits (and a little ass) as Nadia spends some bedroom time with her fella.

The Guiding Light - as Francesca Vizzini

Side Effects - as Dr. Diane Camilleri