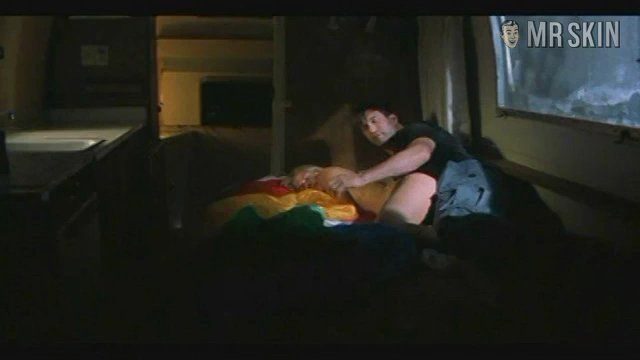 skinvision lying on side lying in bed guy leaves bed

Maxine Bahns was the high school sweetheart of actor/director Edward Burns, which was a wise career choice for the admittedly bookish beauty. Burns ended up casting her in his first movie, The Brothers McMullen (1995), and keeping her on as his paramour du jour. Unfortunately, their relationship dissolved after Maxine's next movie, a role in She's the One (1996), again under the tutelage of brow-beater Burns. Since then, she's appeared in a number of low-budget flicks like Chick Flick (1998) and Spin Cycle (2000). It is noteworthy that one of those outings, Cutaway (2000), offers up Maxine's only skinage onscreen by way of a flash of ass. And by "flash," we mean "exceptionally brief." Maxine hasn't worked since the dawn of the new millennium, but she made Mr. Skin whack to the Max!