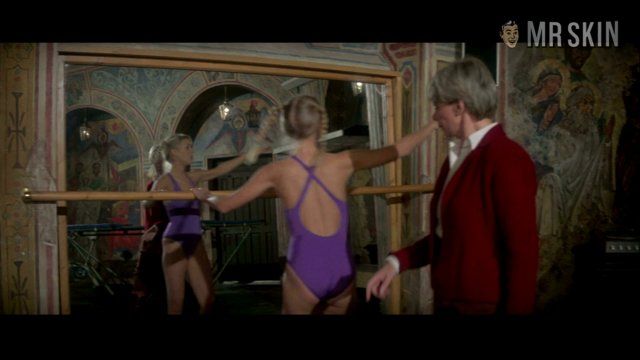 Lynn-Holly Johnson started her career as a professional figure skater. Thus, it's no surprise that she was cast in the lead in Ice Castles (1978). Lynn-Holly also played a skater in the Roger Moore Bond flick For Your Eyes Only (1981), but, thankfully, she broke the ice and skated past her career of just playing figure skaters. She went on to appear in the knockout hybrid Alien Predator (1986), The Sisterhood (1988), and Hyper Space (1989) before giving up her acting career altogether in the late '90s to concentrate on family type stuff. Sadly, although she was often quite sexy in those tight figure skater's leotards, Lynn-Holly never showed off any skin onscreen. Well, if you can find Angel River (1986) you may catch a fleeting glimpse. It's Lynn-Holly's gift to Johnsons everywhere.