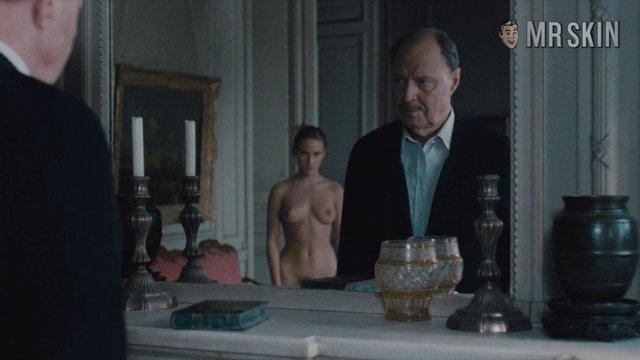 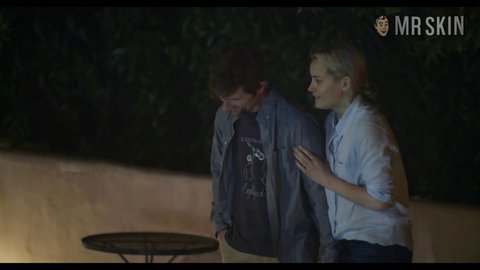 The Overnight (2015) Nude, bush, underwear 00:30:50 Judith strips down to her bra and panties to go swimming, eventually ditching her panties and revealing her bush! 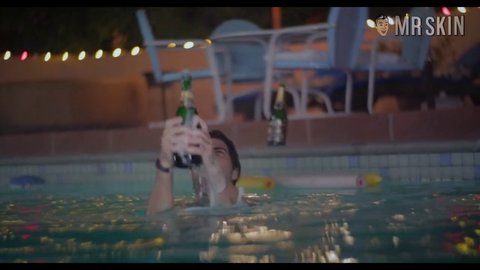 The Overnight (2015) Nude, bush, underwear 00:32:00 Some nice underwater bush from Judith as she and Taylor do some nightswimming! 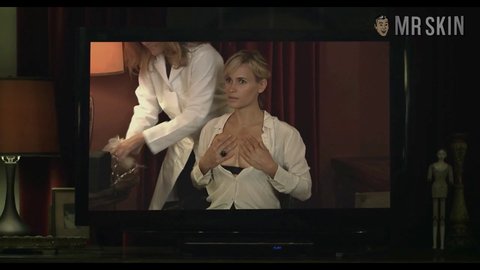 Judith Godrèche is one of the plethora of French actresses that could steal your breath with a mere glance in your direction. Her face is beautiful, but you can only tell if you can make it past her heaving, often-glistening bosom. (French women don't sweat . . . they "glisten.") This particular young maiden started off at the tender age of thirteen with a bit part in L'Eté prochain (1985). After a few more background roles, Judith landed her first leading part at seventeen in La Fille de 15 ans (1989), which ironically translates to The 15 Year Old Girl. It features her first topless scene, and it's enough to give you two black eyes from rubbing your face in disbelief of her devastatingly delicious bosom. Though an arthouse sensation with the release of Ridicule (1996), she had been showing off her full-frontal nudity as early as The Disenchanted (1991). After her obligatory turn opposite Gerard Depardieu in Bimboland (1998), Judith finally landed on our shores for a role in the Leonardo DiCaprio flick The Man in the Iron Mask (1998). Thankfully, she stayed put long enough to take a role in another domestic production, Entropy (1999), in which she schooled her American audience on the benefits of onscreen nudity. Going back to school was never this sexy!

12 Pics & 5 Clips
Nude, bush, underwear 00:30:50 Judith strips down to her bra and panties to go swimming, eventually ditching her panties and revealing her bush!
Nude, bush, underwear 00:32:00 Some nice underwater bush from Judith as she and Taylor do some nightswimming!
Nude, breasts 00:19:35 On a breast pump video, Judith undoes her shirt, revealing her rack, before being hooked up to a pump!
Nude, breasts 00:56:00 Judith Godrèche has her bra pulled down, revealing her perfect suck sacks as she films a commercial!

1 Clip
Nude, breasts 00:43:00 Judith provides the giggles and the jigglers (mostly right), getting plowed in bed by her dude.

3 Pics & 2 Clips
Nude, breasts 00:14:00 Judith does the slow grind thang on Stephen Dorff, showing her righteous cans in the process.
Nude, breasts 00:18:00 A great view of Judith's French pastries as she makes out in the shower. You can even see her kitty! Kind of...