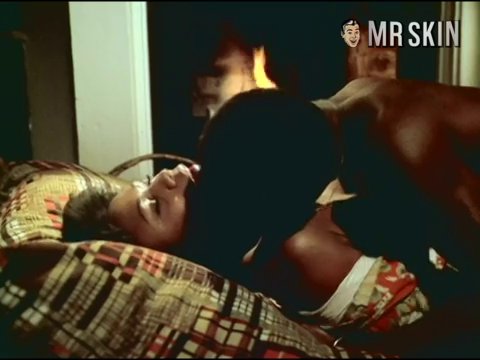 J.D.'s Revenge (1976)
Nude, breasts 00:27:00 Partial left boobage as Glynn Thurman fondles her, then a nice eyeful of the unobscured orb as she lays back on the bed. 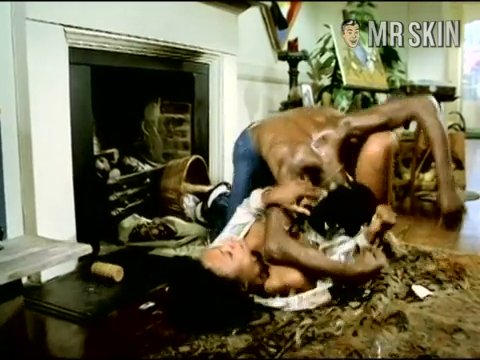 Joan Pringle has been a familiar face on television ever since she had a regular role on Ironside--which, sadly, means this lovely mocha blonde has seldom opened her blouse to give us a regular Irondick. She was the memorable vice principal (and later principal) on the legendary early 80s basketball show, The White Shadow. Says Pringle of the role as the authoritative foil: “When I auditioned for it and read the role, I immediately thought: ‘Wow, this is just wonderful.’ It was the role of a very strong, educated woman, yet very caring and compassionate. You didn’t see very many roles like that for black women on TV. Obviously, the show meant a lot to people and still stands up today with all that’s going on in the world.”
Joan still remains a welcome presence in TV movies, guest spots, and the occasional feature film. She also graced us with a short stint in blaxploitation, starring in the dead gangsta ghost story J.D.'s Revenge (1976). She uncapped her Pringles twice in that one, with the opening love scene being preferable to when she's attacked by her possessed (and horny) boyfriend.

6 Pics & 2 Clips
Nude, breasts 00:27:00 Partial left boobage as Glynn Thurman fondles her, then a nice eyeful of the unobscured orb as she lays back on the bed.
Nude, breasts 01:05:00 Pringle: once you pop, you can't stop! Her pair pops out when a baddie rips open her blouse in this attempted assault scene.

The Bold and the Beautiful - as Dr. Frederickson

One on One - as Eunice

That's My Mama - as Tracy Taylor

The White Shadow - as Sybil Buchanan